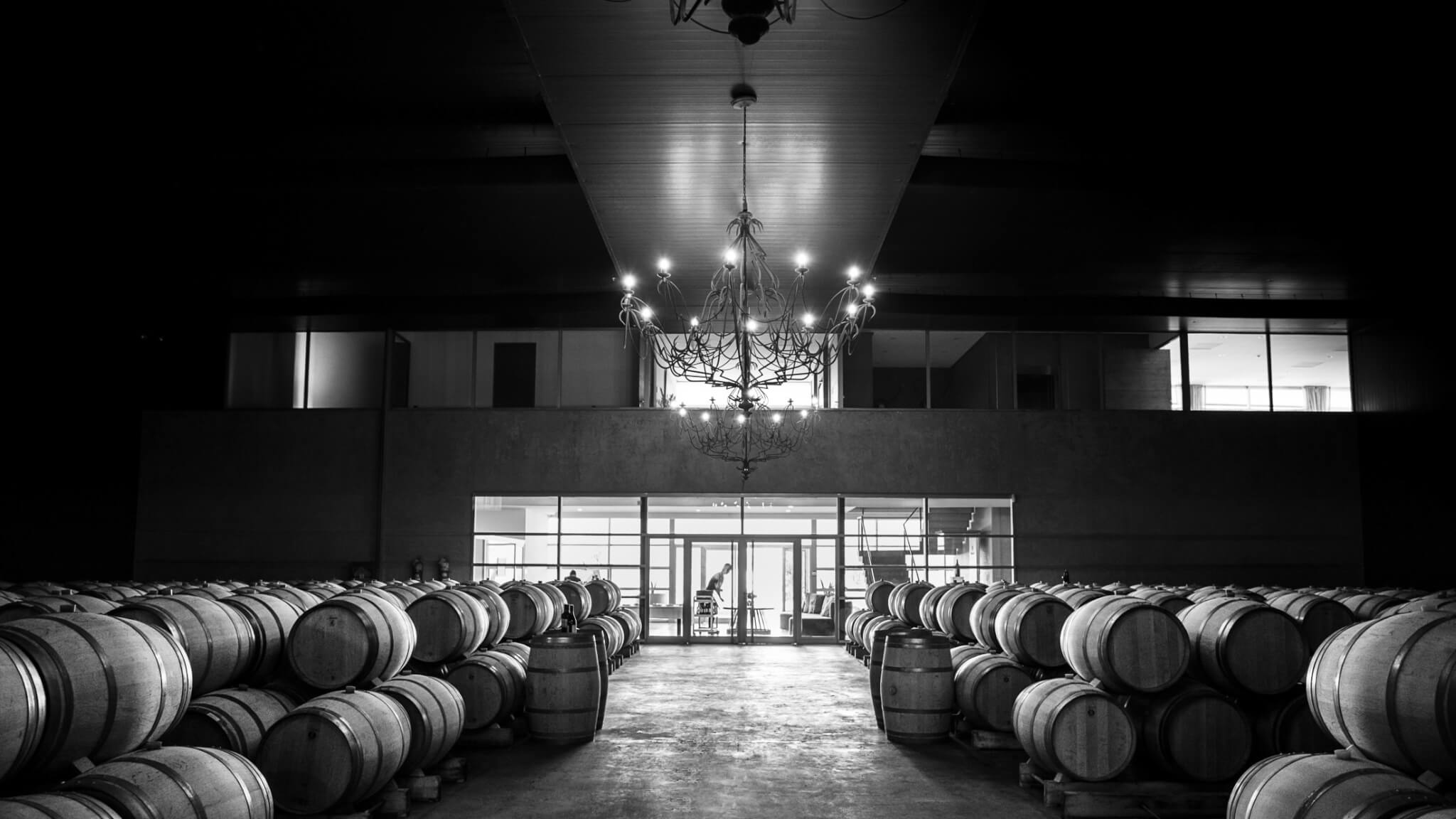 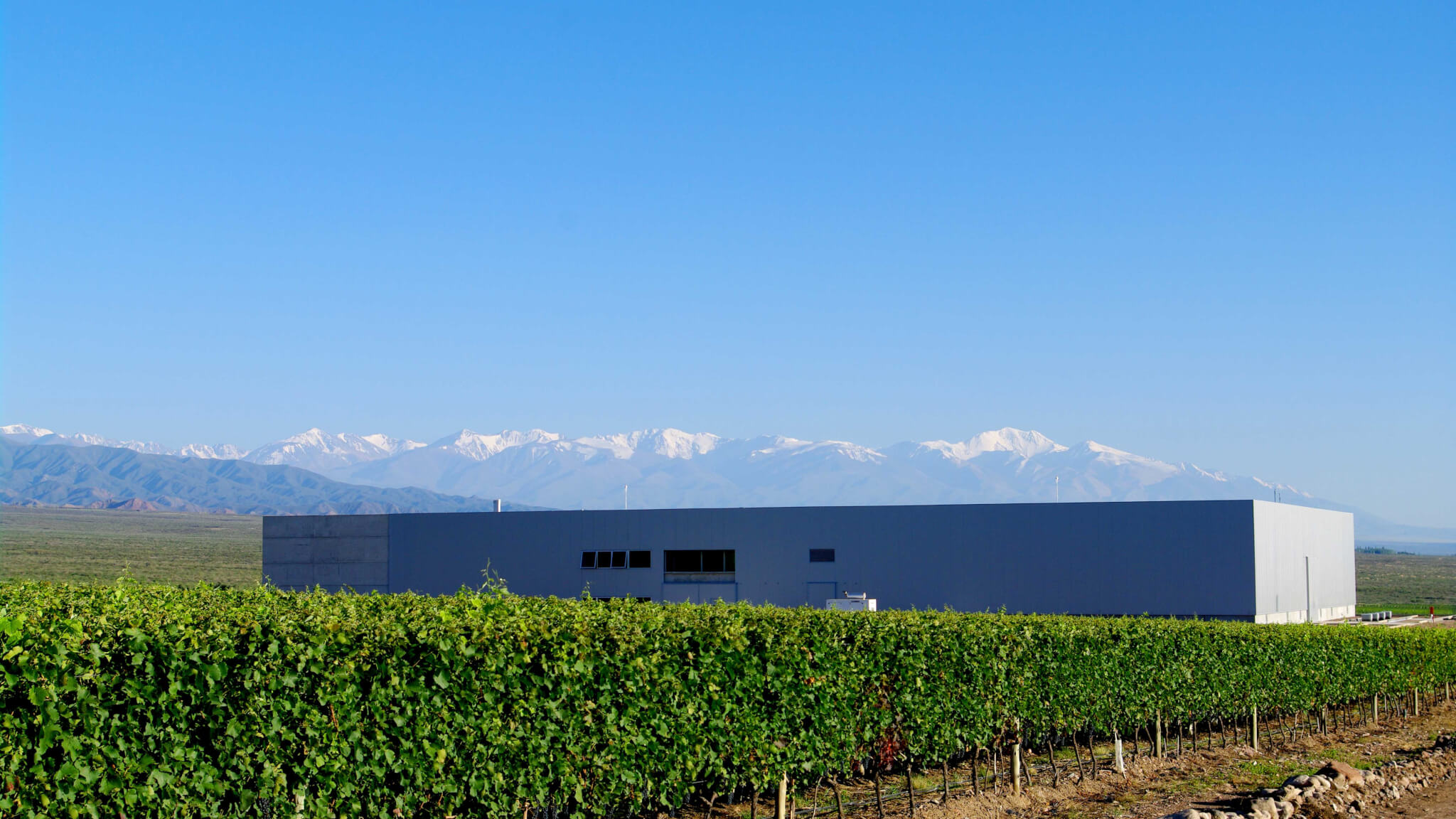 a Wine and a Concept 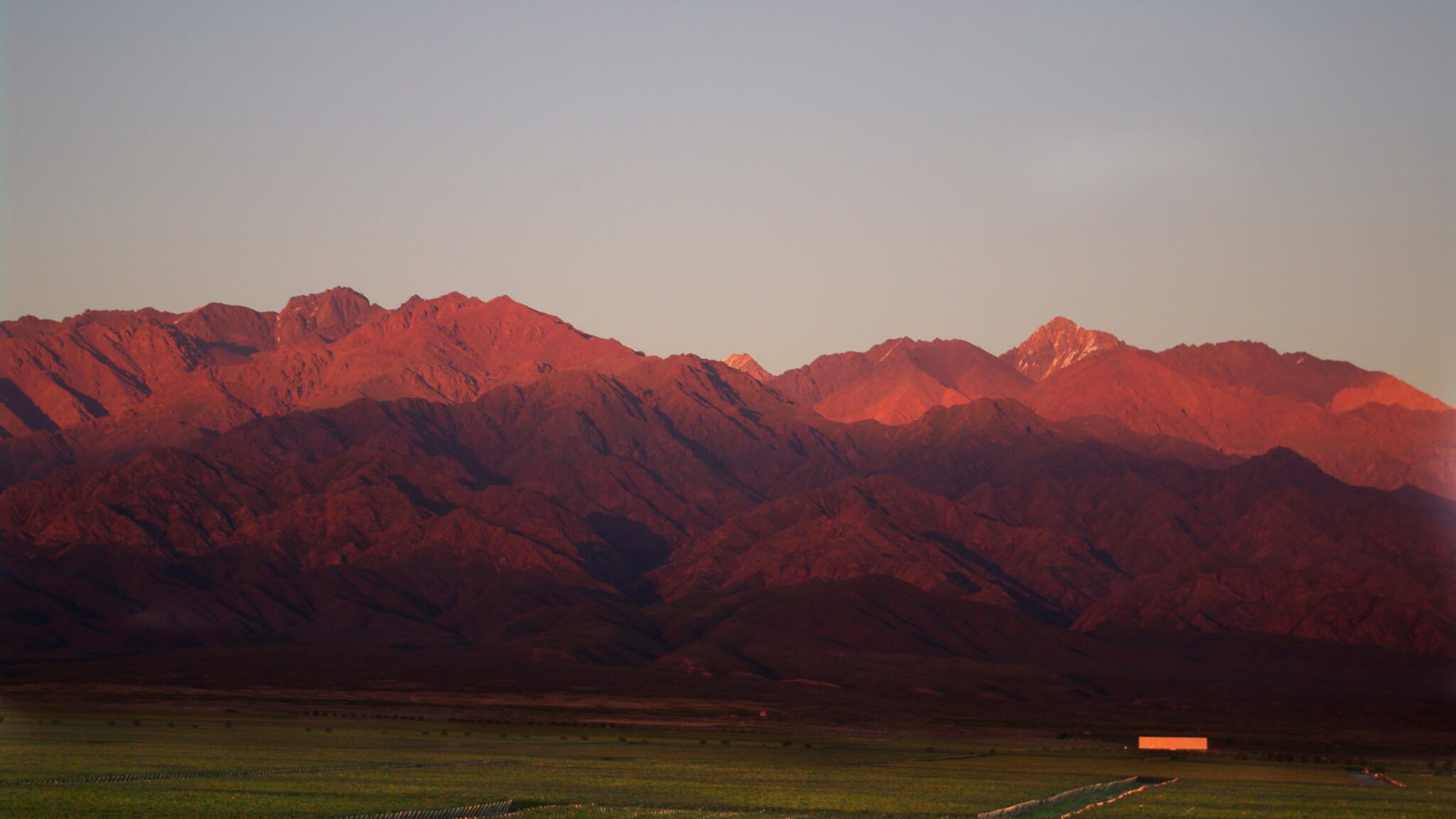 and an exceptional human experience. 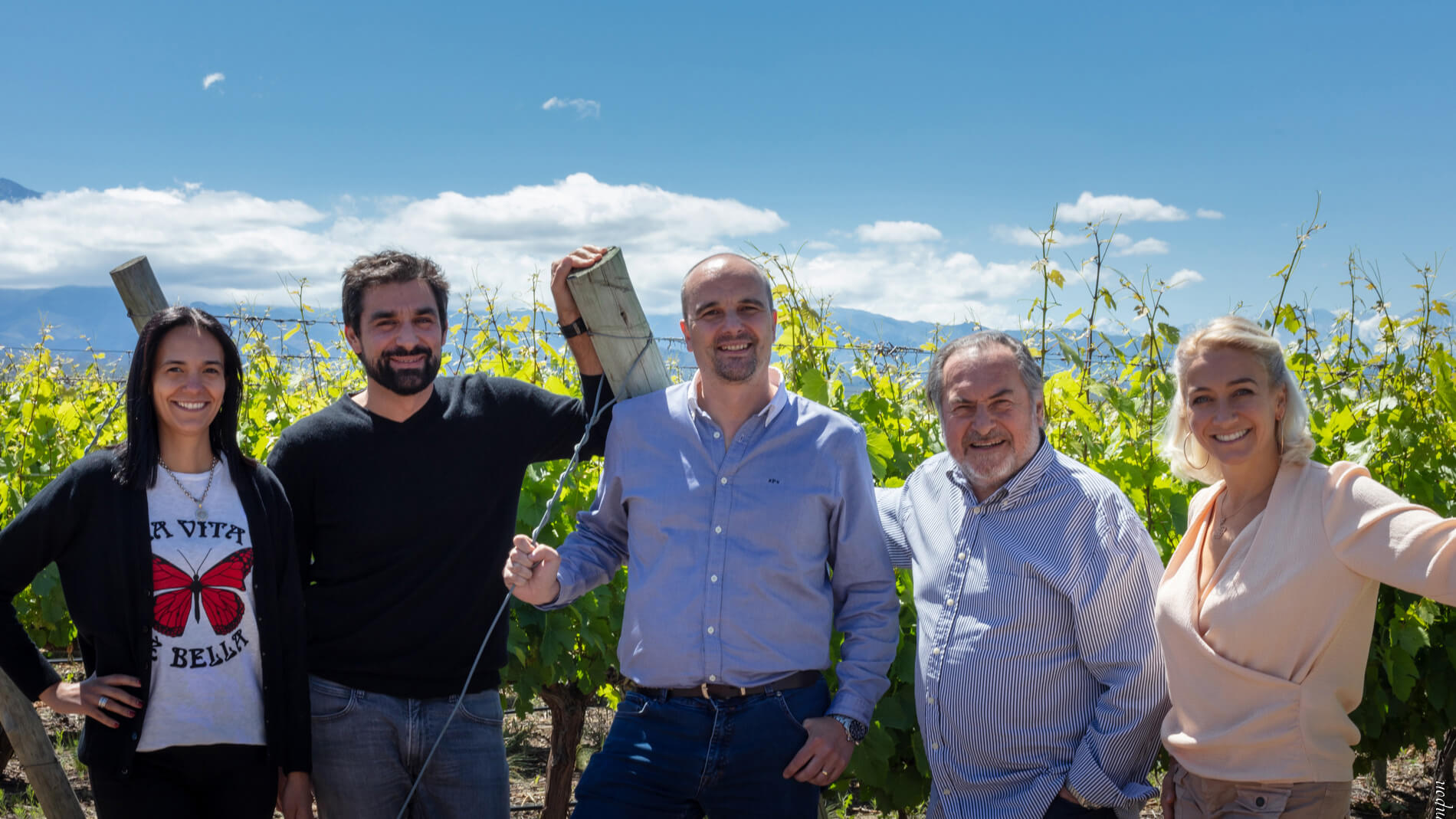 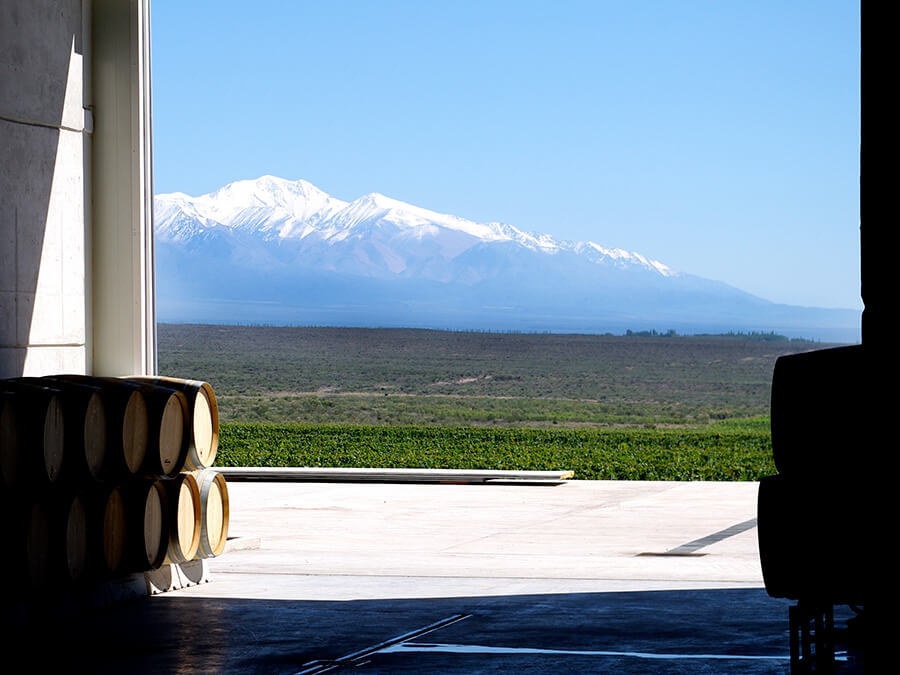 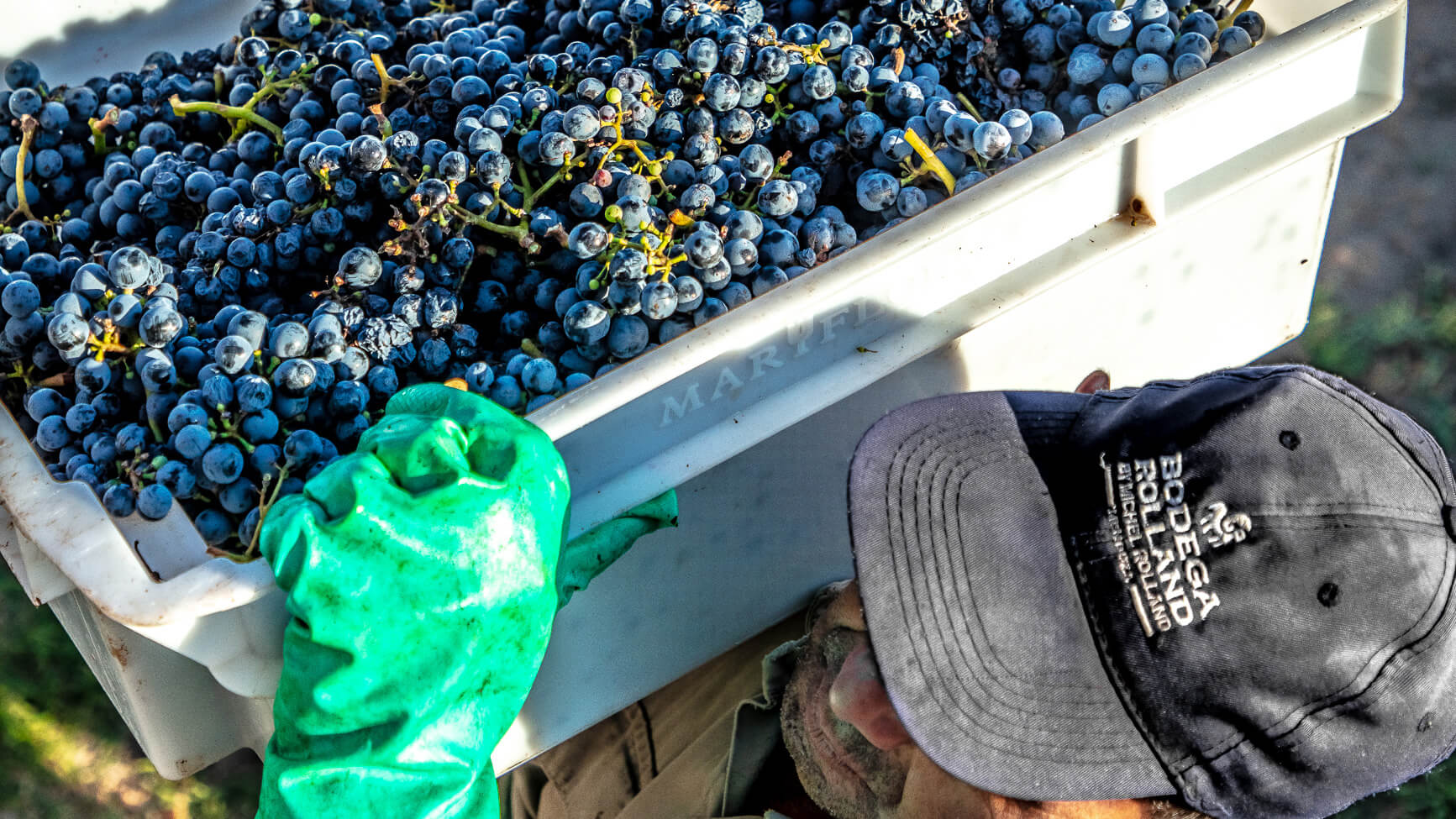 and all the range. 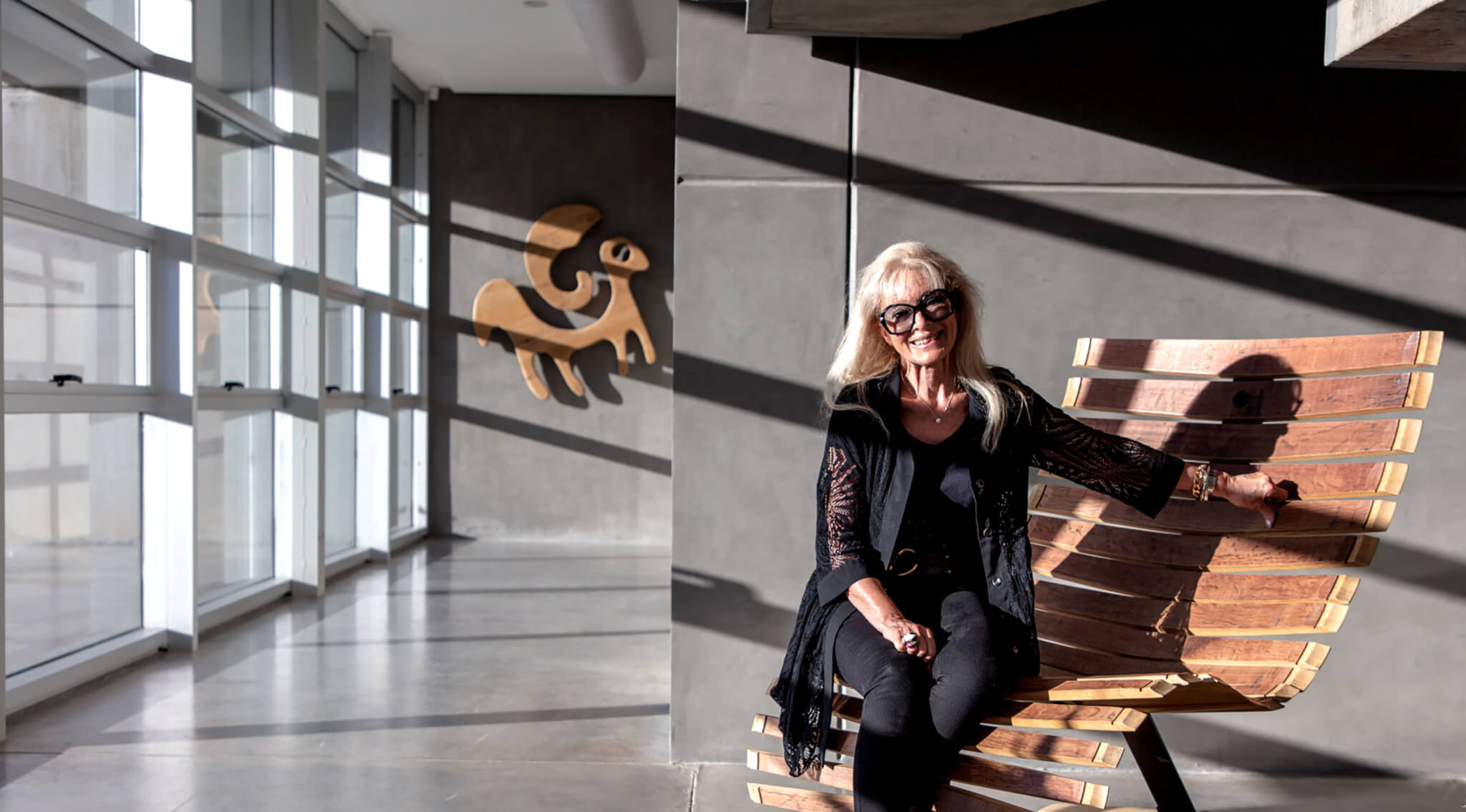 It is in 1988 that Dany and Michel Rolland, requested by one of the most oldest families of the Valley Calchaquie as consultants, discovered Cafayate, real paradise of the viticulture of the northwestern Argentina. It has been love at first sight for this country, its culture, its traditions, people. A real coup de coeur!

These French oenologists were convinced that unique and exceptional wines could be produced in this mountainous context of the pre-Andes.
After the first steps to Cafayate, and on the next ten years, a handful of oenological consultings in Argentina, led to the project “Clos de los Siete”, in the South of Mendoza, of whom Mariflor is one of plots – this place is very close to the small vineyards of old Malbecs of “Val de Flores”.

This country called us, welcomed us, respected us, listened to, made us sensitive, and, from north to south, from Cafayate to Neuquén, along this fantastic vertebral column that are The Andes, made us discover the real expressions of the malbec and so many other grape varieties, in the diversity, the originality that each region brings thanks to its specificities of grounds, climate, height, latitude.
It is also an exceptional human experience, shared later with the children, a fabulous slice of life with people who we love: the friends of the country, the collaborators, the partners … undoubtedly a second home! 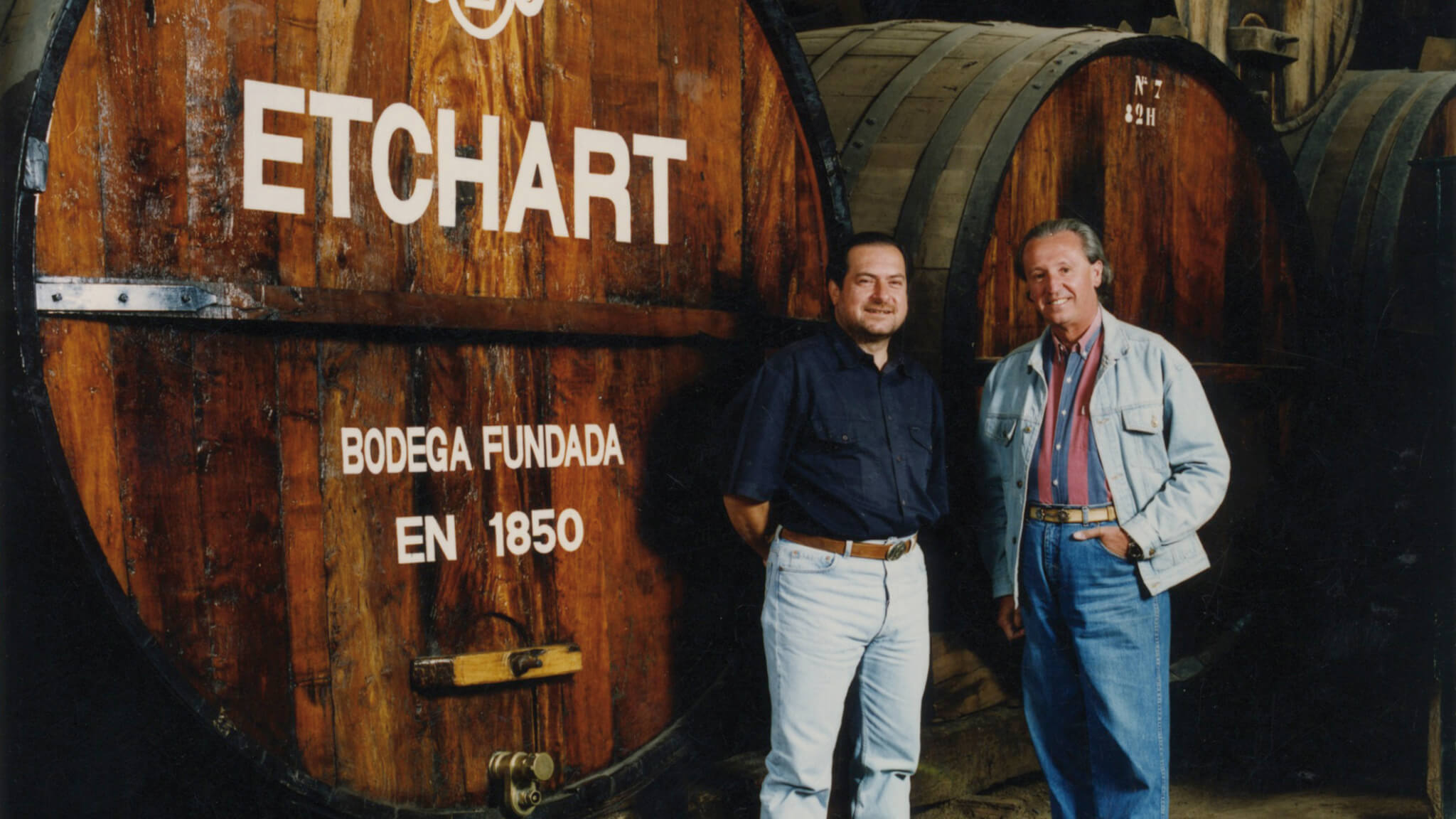 Mariflor is a Place, a Wine and a Concept that has materialized through Michel and Dany’s two decade enchantment with, and immersion in, the country of Argentina. The first set foot in Cafayate in 1988 resulted in a close partnership whith Etchart Family in YACOCHUYA estate, and over the following years, a handful of consultations led to the “Clos de los Siete” venture in southern Mendoza, of which they personally direct Mariflor, close to the small vineyard of old Malbec vines “Val de Flores” with a potential already understood by Michel.

The Campo of “Clos de los Siete” is a property stretching across 2100 acres on the immense plain of Vista Flores in the Valle de Uco, at the feet of the fabulous and impressive Cordillera.

An enterprise hatched by Michel and among a close group of Bordelais friends, the estate is a collaborative effort divided into individually owned vineyards properties, each of which contributes to a flagship wine, “Clos de los Siete”, and each of which produces an independently owned and named wine, much in the manner of a Bordeaux château. Michel consults for each of the partners, in each vintage assembling a Malbec based blend from varying proportions of grapes from the individual holdings.

The first vines were planted in 1999 and the first “Clos de los Siete” produced in the 2002 vintage.

For these places names with a suffix « flor or flores » (“flower” for us) Marie, like Michel and Dany’s daughter first-name, was the pre-ordained prefix.

Michel and Dany are personally in charge of the Mariflor portion of the estate, which lies along the western edge at its highest elevation (3300 feet), nearest the Andes.

The MARIFLOR vineyards cover 247 acres, of which 148 acres are so far planted to Malbec, Cabernet Sauvignon, Syrah, Merlot and Cabernet Franc, with the yield from the vines contributed to “Clos de los Siete” but also Pinot Noir et Sauvignon Blanc.

Soils are a mixture of sand and clay overlying a deep carpet of pebbles, with an aspect facing predominantly east. Water is used for irrigation (extremely controlled) and issued from the ancient groundwater generated by the Andes – this water is one of the most mineral and pure sources around the world.

There, nature is protective, air is pure, landscapes and people from this true Terroir are winded. Even the olive trees, old Mediterranean companions of the vine find full bloom drawing driveways and riverbanks, and produce fruits for a confidential olive oil… How can we resist to so much charms! 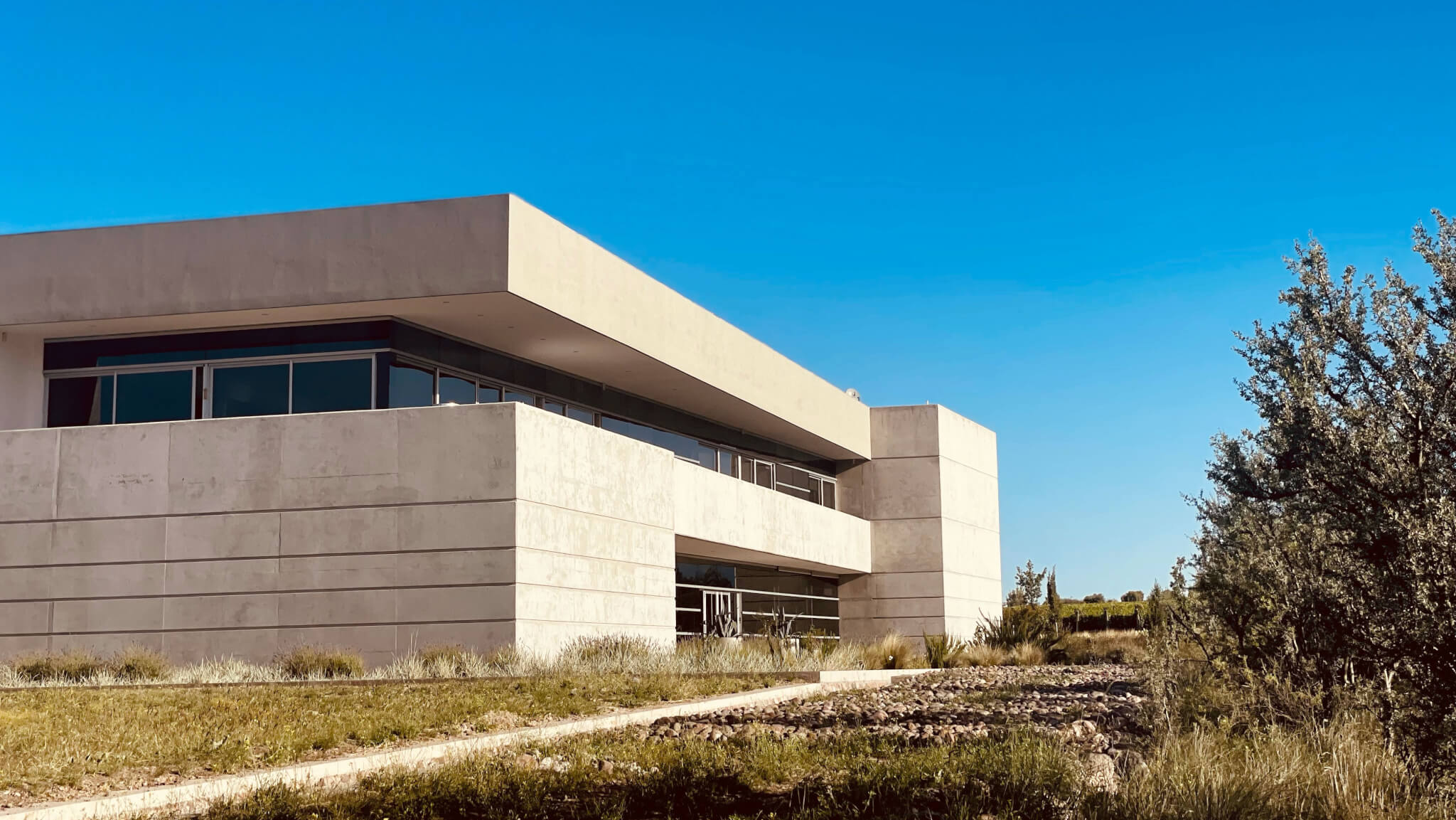 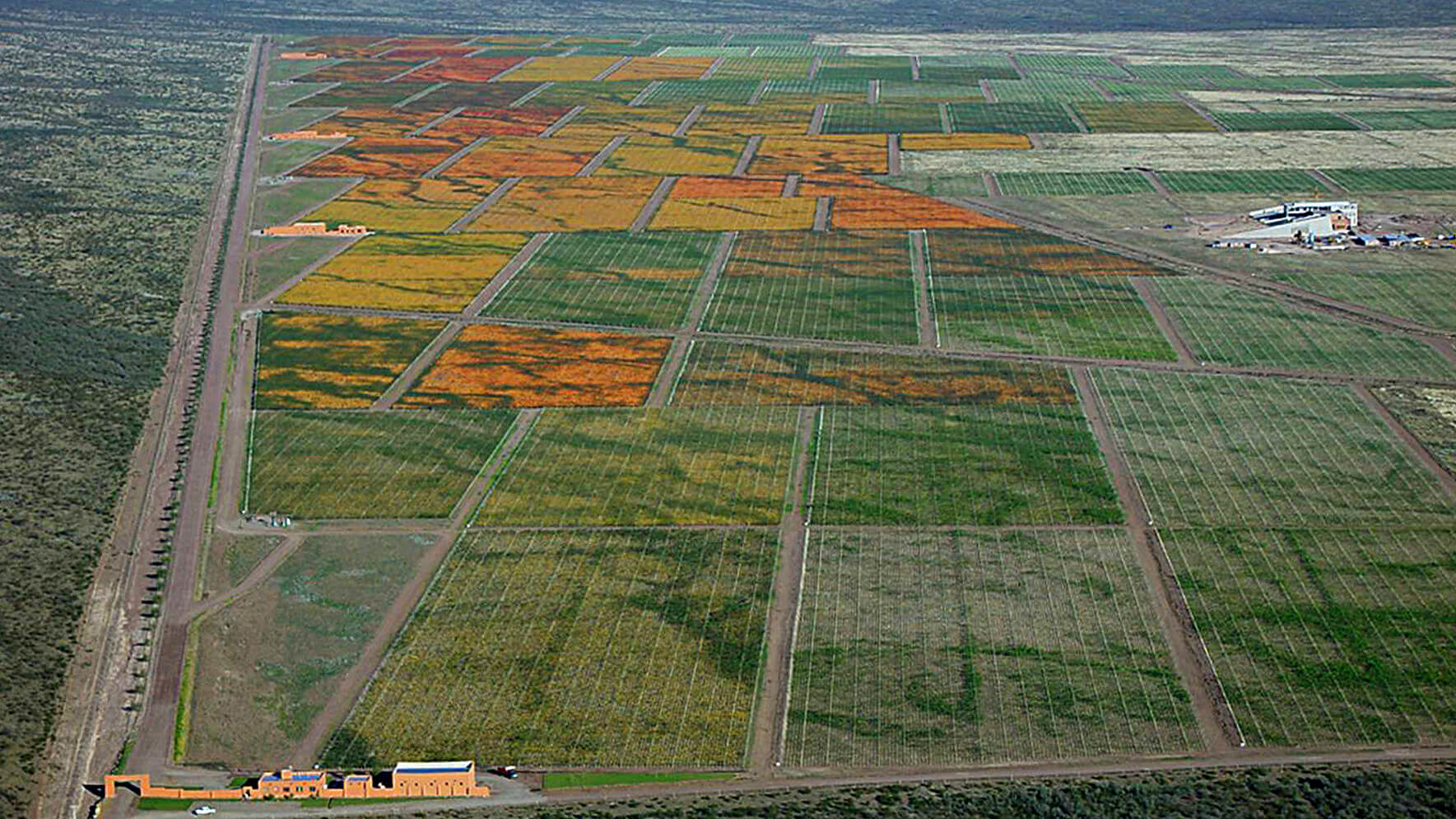 Until the 2009 vintage, the grapes of Mariflor (and of Val de Flores) were vinified at the Bodega Monteviejo (thanks to Catherine Péré-Vergé) with the collaboration of the winemaker Marcelo Pelleriti.

On the « Campo », 4 wineries were fully operational and the Bodega Rolland has been the last creation and construction. A 2 ha parcel of virgin land had been saved for this project: thousands of m3 of soil were used to flatten and level the naturally sloping land, in order to create a 3,200 m2 foundation (40m x 80m).

The construction started in August 2009 and the winery was operational for the harvest 2010 (February/March): 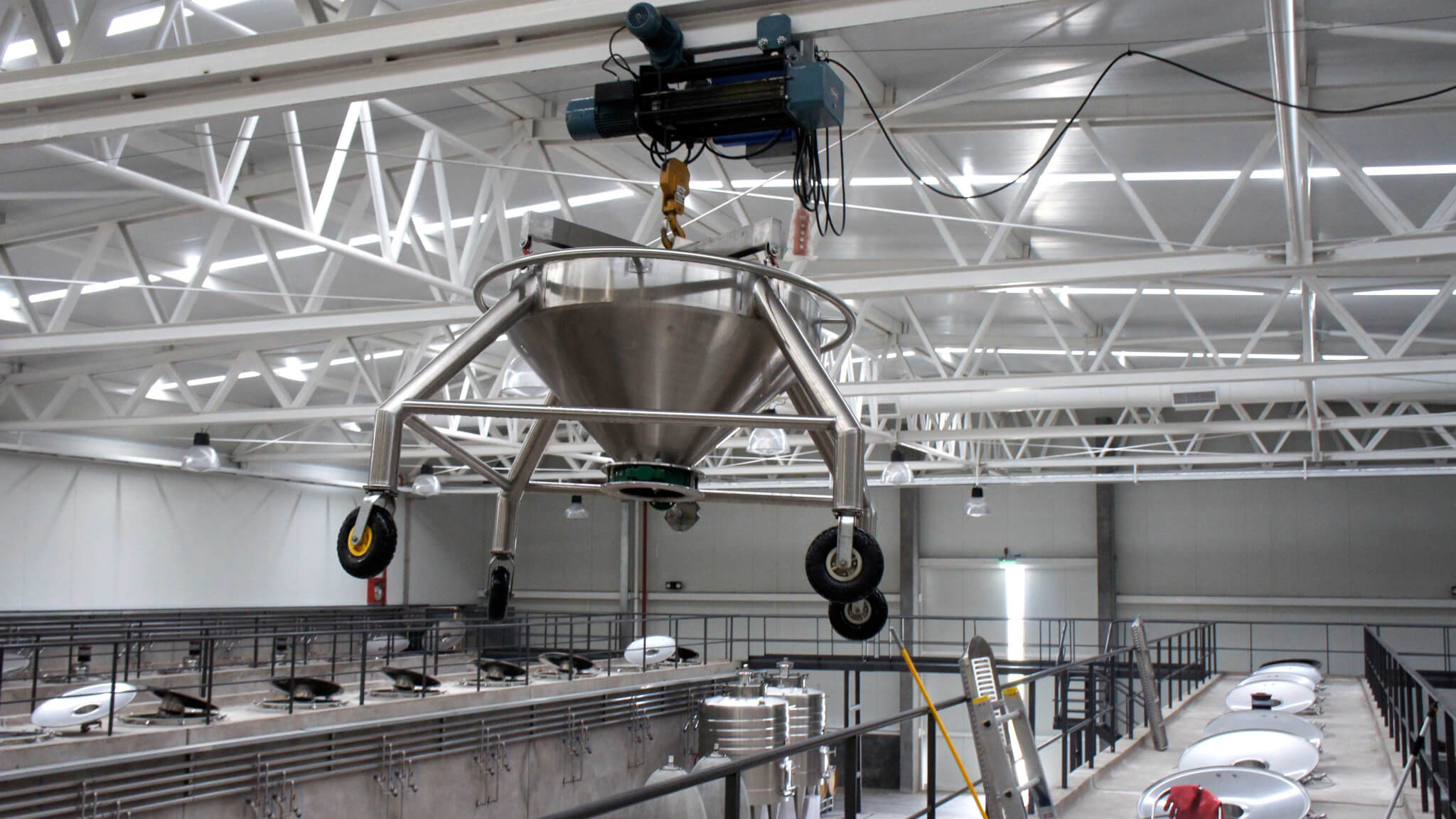 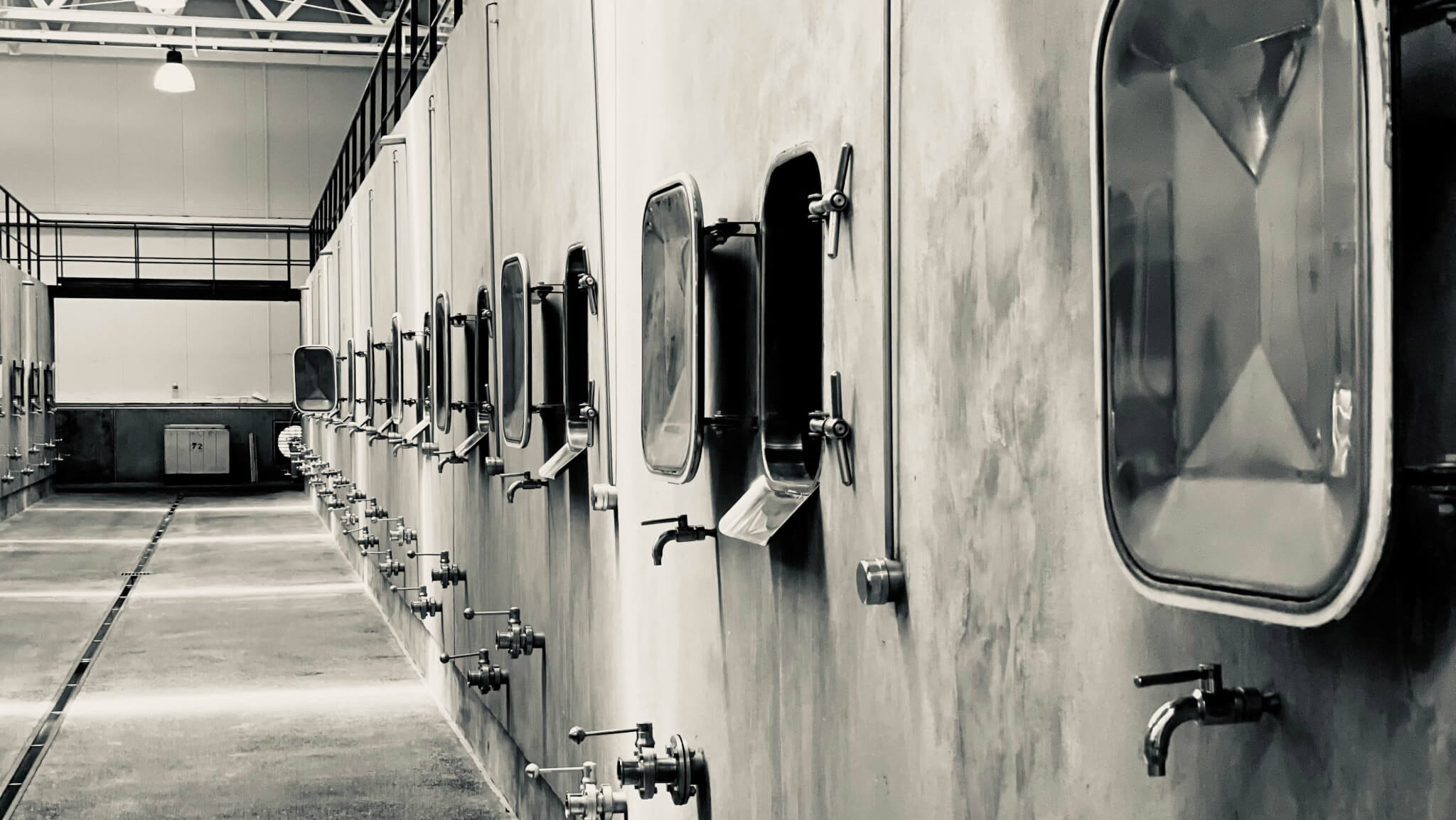 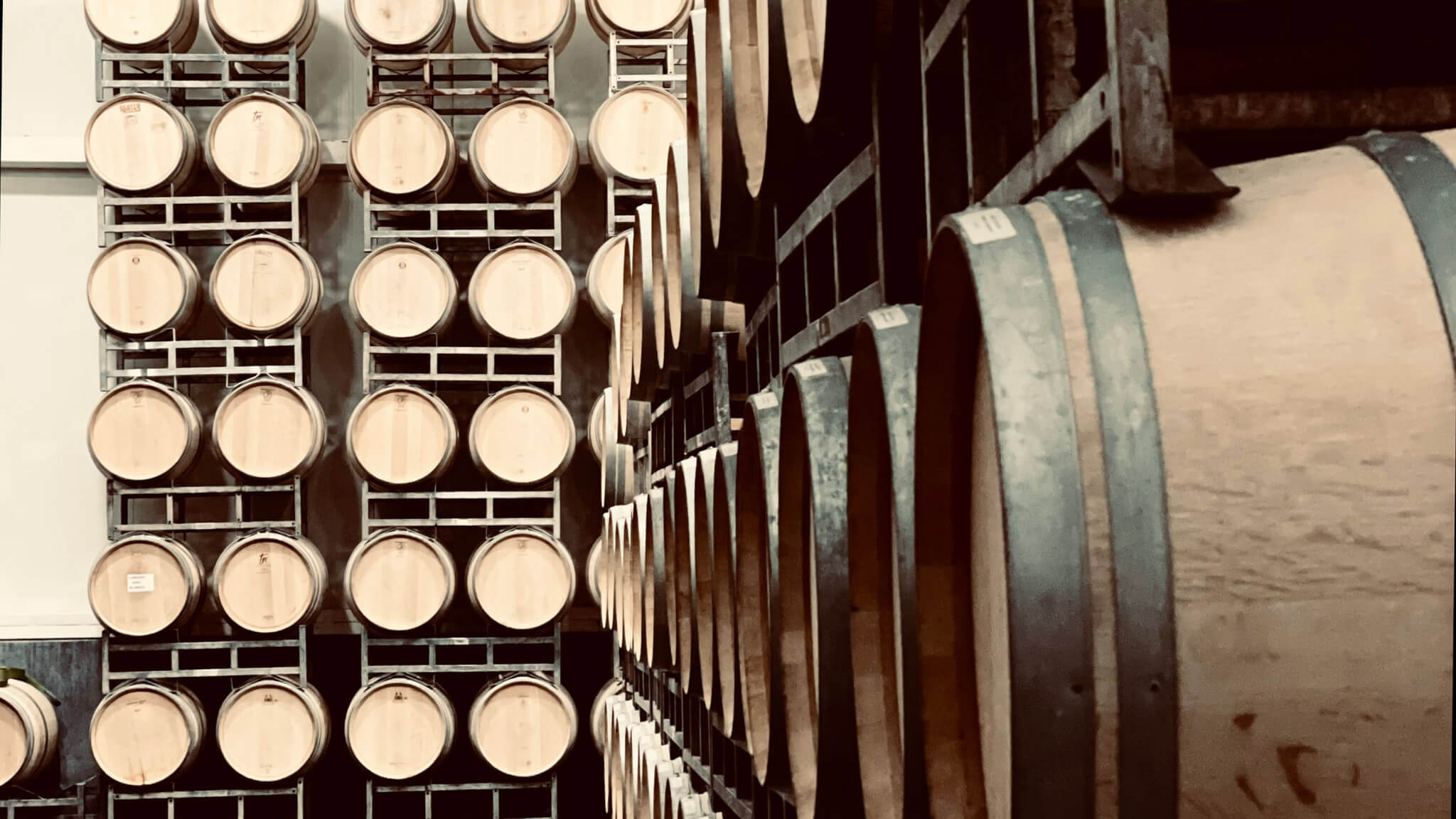